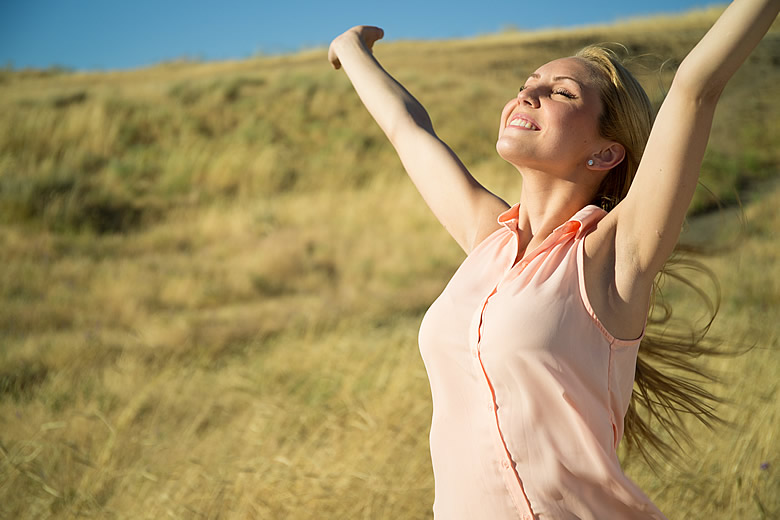 What if you could double your energy in just one minute a day? Healthfully. Naturally. And at low cost? Well you can. And here's how:

There are six special nutrients and herbals that powerfully boost energy production. These can easily be found in combination in a product called the Smart Energy System™. Let's look at the six powerhouses in this system:

This mix has been so remarkable for people that we will be recruiting participants for a study using it in the coming six months (it can be purchased now). If you would like to volunteer for the study, which will be conducted by email, contact me at FatigueDoc@gmail.com. To qualify for the study, you need to rate your overall well-being as a 5 or less, and not have taken ribose in the past.

Smart Energy System is one of four tools I've been recommending this past last six months that have been rocking people's world.

Tools That Are Rocking People's World

Here are four tools that we have been recommending in the last six months — with dramatic benefits!

Are you interested in participating in a study (by email) using the Smart Energy System or HRG80 Red Ginseng? If so, please send an email to me at FatigueDoc@gmail.com. We will keep you on file and contact you with more information when we are ready to proceed.

Let's look at the six powerhouses in this system in more detail. (Note: If you'd like to see some of the numerous actual studies on the Smart Energy System's awesome components, see the last section of this article.)

To understand energy production, it helps to look at critical "energy molecules" such as ATP (adenosine triphosphate). These represent the energy currency in your body and are like the paper that money is printed on. You can have all the fuel (calories) you want, but if it can't be converted to these molecules, it's useless. It simply gets turned into fat.

B vitamins are a key component of many of these molecules. These are helpful, but a key component is missing. In looking at the biochemistry of these energy molecules, we found that they are made of two additional key components — adenine and ribose. Adenine (which is also called vitamin B4) is plentiful in the body. So we turned our attention to ribose, which is made in our bodies in a slow, laborious process. We found that ribose is low in energy-deficient states, making it hard to get your energy furnaces working again without it.

This was a "Eureka" moment, when things came together. Not having ribose is like trying to build a fire without kindling—nothing happens. We wondered if giving ribose to people with very low energy would jump-start their energy furnaces. The results amazed us.

I am the lead author on two published ribose studies which included almost 300 participants at 54 clinics. Ribose was given at a dose of 5 grams three times a day for three weeks. Study participants reported their energy increased an average of 61% by three weeks. In addition, mental clarity, sleep, and overall well-being improved significantly, while pain levels dropped.

Improvement began in the first week of treatment and continued to increase at the end of the 3 weeks of treatment. The D-ribose was well tolerated.

D-ribose (which is what I am referring to when I say ribose) is a simple five-carbon sugar that is found naturally in our bodies. But ribose is not like other toxic sugars, such as table sugar (sucrose), corn sugar (glucose), and fructose (fruit sugars). When you consume ribose, your body recognizes that it is different from other sugars and preserves it for the vital work of actually making the energy molecules that power your heart, muscles, brain, and every other tissue in your body — making it healthy and helpful even for people who can't tolerate sugar.

The amount of ATP you have in your tissues determines whether you will be fatigued or will have the energy you need to live a vital, active life. Ribose provides the key building block of ATP, and the presence of ribose in the cell stimulates the metabolic pathway your body uses to make this vital compound. If the cell does not have enough ribose, it cannot make ATP. So, when cells and tissues become energy-starved, the availability of ribose is critical to energy recovery.

Ashwagandha is the most popular herb in Ayurvedic medicine, the healing art that stems from India. But again, the way the herbs are farmed and processed often destroys their potency.

My friend Chris Kilham (aka, the Medicine Hunter) is one of the world's most respected herbalists. He travels all around the world hunting new herbs, and making sure old ones are managed properly. He turned me on to the KSM-66 form of Ashwagandha, and I am very thankful to him that he did. This is the main form being used in research now, because they have taken measures to restore its old potency.

Here's what the (mostly placebo-controlled) research using specifically the KSM-66 Ashwagandha shows. This Ashwagandha is remarkable when it comes to:

I think you're starting to see why Ashwagandha is the most popular herb for the 1.3 billion people living in India.

Rhodiola rosea, also called golden root, grows in arctic and mountain regions throughout Europe, Asia, and America. It has been an accepted medicine in Russia since 1969 for the treatment of fatigue, infections, psychiatric and neurologic conditions, and as a psychostimulant to increase memory, attention span, and productivity in healthy individuals.

I first became aware of this research when I stumbled across studies being done by the Russian space program. They found that Rhodiola markedly improved stamina in the cosmonauts. It seems to work by supporting hypothalamic function as well as the brain transmitters serotonin, dopamine, norepinephrine, and endorphin. All of these tend to be low in fibromyalgia, and many in the population in general.

We've all heard about the health benefits of green tea. Many if not most of the benefits come from a component called Epigallocatechin gallate (EGCG), which has very potent antioxidant properties. (Use supplements that have at least 35% EGCG.) Here are results of just a few studies:

This slows down the elimination of your body's stress hormone, called cortisol, which can make it dramatically effective for helping adrenal fatigue.

My goal is to make optimal supplementation easy and very affordable. To help with this, optimal levels and forms of ribose, Ashwagandha, Rhodiola, Schisandra, green tea extract, and glycyrrhizin (licorice) are all found combined in the simple but very powerful mix, the Smart Energy System™.

For most of you, simply taking the morning drink and 2 capsules (especially if combining the Energy Revitalization System and Smart Energy) will give you healthy energy that feels turbocharged all day. Many will more than double their energy in less than a month — in under one minute a day — all due to a formulation of components that have been research proven to dramatically improve:

Below are various research studies that demonstrate some of the benefits of ingredients contained in Smart Energy System™. Although this is just a small sampling of the studies on this product's components, it will give those of you that are science minded an idea of what this combination can do:

Improvement began in the first week of treatment and continued to increase at the end of the three weeks of treatment. The D-ribose was well tolerated.

These were all done using the special KSM-66 form of Ashwagandha. Because this is a unique form, I suspect these results are only seen with the KSM 66:

Stress and anxiety: In the below placebo-controlled study, depression, anxiety, and stress reduced significantly (p<0.001) by 77 percent, 76 percent, and 64 percent respectively after two months.

Reference: "A prospective, randomized double-blind, placebo-controlled study of safety and efficacy of a high-concentration full-spectrum extract of ashwagandha root in reducing stress and anxiety in adults," published in Indian Journal of Psychological Medicine, 2012.

Male sexual function: Testosterone levels increased 17 percent; sexual fantasy/functions, arousal, orgasm and sexual drive improved significantly by 4 percent, 18 percent, 6 percent, and 11 percent respectively. I guess it's best for the man and woman to use it together, so they can keep up with each other. But careful if you're not looking to have children yet, because ... Sperm count increased 167 percent; sperm motility increased 57 percent.

Reference: "Clinical Evaluation of the Spermatogenic Activity of the Root Extract of Ashwagandha (Withania somnifera) in Oligospermic Males: A Pilot Study," published in Evidence-Based Complementary and Alternative Medicine, 2013.

Stamina and muscle mass and endurance: Exercise ability and endurance measured by the maximum oxygen consumption (VO2max) in healthy athletic adults increased 12 percent and 14 percent respectively at Day 56 and Day 84. It also resulted in a 139 percent increase in muscle strength for the bench press, and increased muscle size increase of 8 percent, 17 percent, and 3 percent for thigh, arm, and chest respectively. Along with a 13% increase in testosterone levels.

Reference 2: "Examining the effect of Withania somnifera Supplementation on Muscle Strength and Recovery: A Randomized Controlled Trial," published in the Journal of the International Society of Sports Nutrition, 2015.

Weight management: KSM-66 ashwagandha supplementation resulted in a 3 percent reduction in body weight. That translates to losing 4.5 pounds in someone who weighs 150 pounds. It decreased body fat an average of 16 percent — a nice side benefit.

Reference: "Efficacy and Safety of Ashwagandha Root Extract in Subclinical Hypothyroid Patients: A Double-Blind, Randomized Placebo-Controlled Trial," published in the Journal of Alternative and Complementary Medicine, 2017.

And the above are just a few of the benefits shown in the research on KSM-66 Ashwagandha. Additional studies appearing in the publication Process include:

"Rhodiola rosea extract exhibited an anti-inflammatory effect and protected muscle tissue during exercise.[146] Studies have demonstrated its ability to induce a general sense of well-being and reduce situational anxiety.[141,142] It has demonstrated improvement in depressive syndromes, mental and physical fatigues secondary to medical conditions, sexual dysfunction, thyroid hypofunction (without causing hyperthyroidism), thymus gland functioning, adrenal functioning, and menopause-related conditions.[141,142] Its mechanism of action is partly attributed to the herb's ability to influence levels of monoamines, including serotonin, dopamine, and norepinephrine in the cerebral cortex, brainstem, and hypothalamus through inhibition of degradation enzymes and facilitation of neurotransmitter support in the brain. It also appears to prevent catecholamine release and camp elevation in the myocardium, to prevent depletion of adrenal catecholamines by acute stress, and to induce opioid peptide biosynthesis and activation of central and peripheral opioid receptors.[140,147,148]" — excerpted from below study

Numerous studies, although many still in the animal study phase, show widespread benefits of the Schisandra plant. Especially important are its mitochondrial protection and insulin function.

We've all heard about the health benefits of green tea. Many if not most of the benefits come from a component called epigallocatechin gallate (EGCg), which has very potent antioxidant properties. Use supplements that have at least 35 percent EGCg. Here are just a few of the studies:

Below are a few study references for green tea extract:

Glycyrrhizin slows down the elimination of your body's stress hormone, called cortisol. This can make it dramatically effective for helping adrenal fatigue.

Numerous studies also show it to be helpful at keeping the growth of numerous viruses in check.